Our founder and long time chair, Neil Sanders, describes the origins of the orchestras

The London Accordion Orchestra emerged from “Accordions at Morley”, a club I set up in 1999. I wanted an accordion club in central London, and for it to have more of an educational content than most clubs. I also wanted to link it to a respected musical establishment, to help the accordion achieve the status I believe it deserves.

The people I wanted as musical directors were Ian Watson and Julie North, who ran the annual Accordion Orchestral Week which I greatly enjoyed – and who have impressive academic qualifications.

The Director of Music at Morley was supportive and Julie and Ian were persuaded so the club was launched, with meetings providing ensemble sessions, musical exercises, and opportunities to hear each others’ solos.

We became a significant part of the College’s activities – regularly giving concerts as part of the Morley lunchtime concerts series, for example.  Then the College introduced the accordion to their regular curriculum, with Julie and Ian teaching it.  Playing as an ensemble came to dominate the club’s activities and we gave some local concerts outside the College.

Then in April 2011 we competed as “Morley Accordion Orchestra” in the All-Ireland Open Accordion championships in Navan, and came second in the Senior Orchestra Class – and several of our members played in other classes as well.

In 2013 we became the first British orchestra for 20 years to compete in the triennial international competitions in Innsbruck, playing a piece commissioned for us by Morley College and we acquitted ourselves well.  Our last major concert as Morley Accordion Orchestra was a joint one with the Nuremberg Accordion orchestra in St John’s, Smith Square, which was a magnificent sell-out! 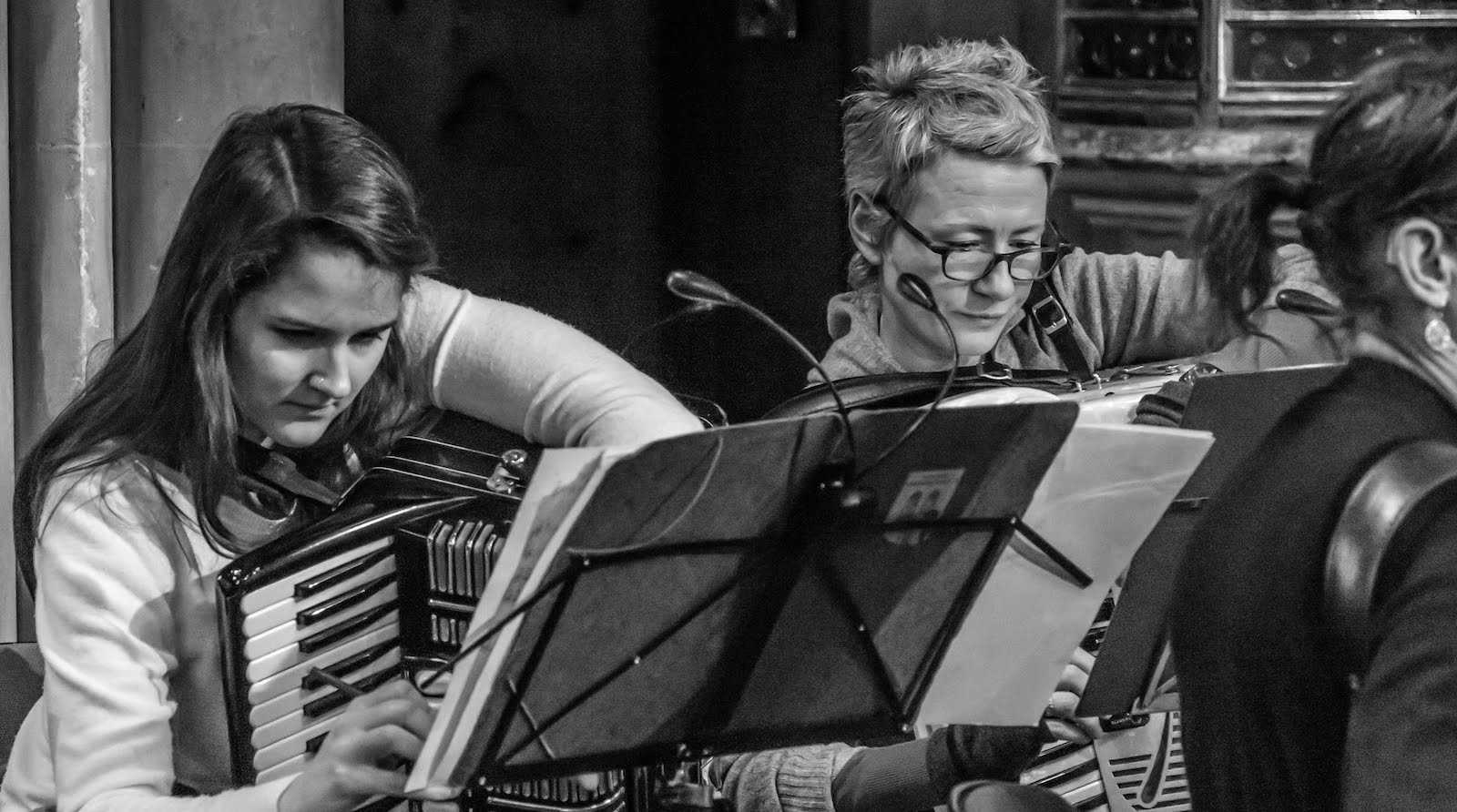 Find out more about how you can join LAO and LAP.